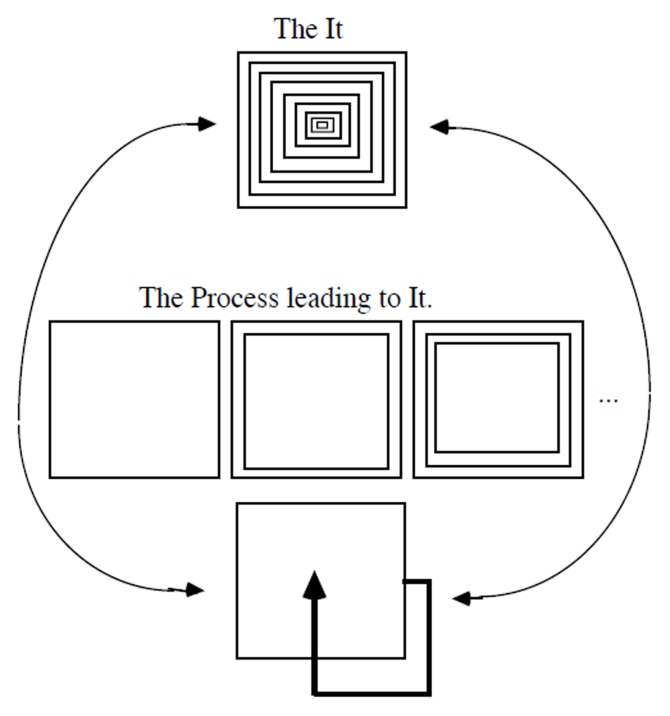 In this excellent article Kauffman attempts to illustrate how the Heinz von Foerster theory of eigenforms works. It is very well written and so easy to read. And it has great implications on how we perceive, map and attempt to understand the complexity of our surrounding urban landscapes.

Objects: quantum or classical. quantum objects are subject to the constraints of the uncertainty principle. they dominate the the world of the very small. classical objects live in the dream of objective existence. they have a location at a given time, if they break into parts one can tell where their parts are. Heinz von Foerster says: “objects are tokens for eigenbehaviors” thus that there is a behavior between the perceiver and the object perceived and a stability or repetition “that arises between them”. It is this stability that constitutes the object says Kauffman, “the perceiver and the perceived arise together in the condition of observation”.

Eigenforms: what results from eigenbehavior, eigenbehavior being the process while eigenform is the resulting object of this process.(…) The key concept in the understanding of eigenform is its placement in the reciprocal relationship of the object (the “It”) and the process leading to the object (the process leading to “It”) (…) Just so, an object in the world (cognitive, physical, ideal,…) provides a conceptual center for the investigation of a skein of relationships related to its context and to the processes that generate it.

Back to the object: an object in itself is a entity, participating in a network of interactions, taking on its apparent solidity and stability from these interactions. An object in this view is an amphibian between the symbolic and imaginary world of the mind and the complex world of personal experience. The object when viewed as process is a dialogue between these worlds. The object when seen as a sign for itself, or in and of itself, is as imaginary as a pure eigenform.

Kauffman then poses the question von Foerster left out:

if the world is a world of eigenforms and most of them are in time oscillatory and unstable, must we insist on stability at the level of our present perception of that world? In principle, there is an eigenform, but that form leads always outward into larger worlds and new understanding (…) If you give a person an undecidable problem, the action of that person in attempting to solve the problem reveals the identity of the person and the nature of his/her creativity

*In quantum mechanics observation is modeled not by eigenform but by its mathematical relative the eigenvector.