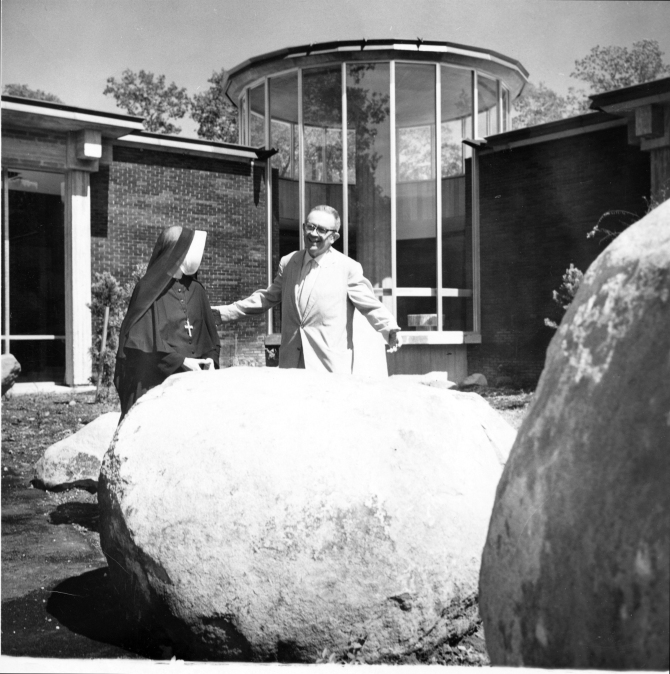 Labatut understood the architect to be a visual artist who, in order to be effective, should learn not just the academic rules of composition but also the commercial and popular techniques of visual communication. But the architect’s promiscuity with crass commercialism was justified only, advised Labatut, to elevate it to a high spiritual art. He taught students that buildings were the organization of attention. Good buildings engaged people, sustained their intellectual and spiritual curiosity, and communicated meaningful experiences to them. Through his students, Labatut’s teachings helped shape postmodern architecture and promoted the view that the best way to understand this new architecture was to experience it. Labatut’s success as a teacher rested on the clarity of his message: before architects could create modern buildings , they had to first be able to experience buildings in a modern way. His pedagogy aimed to define this modern experience as a bodily communion with architecture, which was immediately meaningful and did not require intellectual reflection. Architectural phenomenology was formed against the background of Labatut’s teachings. Indeed, the emergence and career of architectural phenomenology cannot be properly understood without bringing Labatut from under the shadow of the generation that followed his.

Labatut liked to say that his architectural education began during World War I when, as a nineteen-year old , he served in the French Army Corps of Engineers and worked on the project to camouflage the Grand Canal of Versailles (…) Through the artists of the Service de camouflage, Labatut was exposed to some of the most advanced contemporary visual art theory. He quickly learned the practical application of cubist notions about the visual dissolution of mass through contour and object matching (…) This was a defining experience for Labatut. It turned his attention to buildings as material to be shaped by the visual artist, persuaded him that the visual arts were not simply meant to delight but also to be socially useful, and forged his sense of an indissoluble bond between advanced technology, progressive society, and avant-garde art.